George Negroponte is Director Emeritus of The Drawing Center, with which his involvement has spanned three decades. He was Co-Chairman of The Board (1997-2002) and was appointed the first President of the institution in 2002.
Mr. Negroponte is fundraising consultant to several non-profit organizations in New York City. He has taught painting and drawing at The Studio School, Parsons School of Design, The School of Visual Arts and Princeton University. He has organized several shows—including On Line at Feigen Contemporary (2003), Drawing in The Present Tense at Parsons School of Design (2000) and Bernard Chaet at the Studio School (1997). He has also written on many contemporary artists. He studied art at Yale University with Bernard Chaet and William Bailey.
Since 1980 he has had 18 one-person shows at numerous galleries: Brooke Alexander Gallery, John Good, Jason McCoy Inc., Kouros Gallery in New York City, and P37 and Skoufa Gallery in Athens, Greece. His work has been included in numerous exhibitions at galleries and museums around the world including The Museum of Modern Art and The Metropolitan Museum of Art. He has been reviewed by every major art periodical including The New York Times, Artforum, Art in America, The New Yorker, ARTnews and The New Criterion. 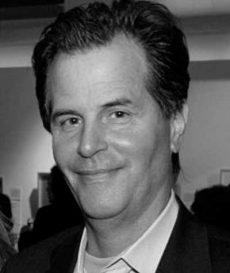