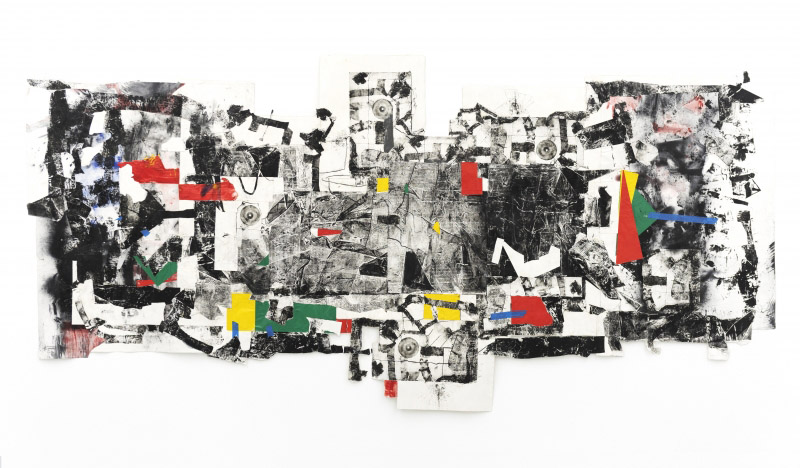 THE PUBLIC SQUARE, Cullen Washington Jr’s solo show at UMMA, features his most recent series, Agoras, which explores the ancient Greek public space as active site of assembly and exchange. During his residency as ARCAthens Visual Art Fellow in Spring 2019, Cullen was able to research in-depth about the role of the agora—from its shaping of history to its influence in contemporary incarnations.

The installation is designed with an actual public square at its center. Audio components of political and aesthetic discourse are played through the space as monumental collages tangibly anchor what Cullen describes as “abstract meditations on the grid and humanity.”

THE PUBLIC SQUARE is on view until May 17th. extended until September 2oth.

UPDATE FROM CULLEN: “My solo exhibition at the University of Michigan’s Museum of Art themed on the Agora closed earlier than planned on March 16th. In the interest of public health and safety, the Museum closed its doors to visitors. However, the exhibition will be extended through Sunday, September 20th to allow for the reopening of the museum and give visitors opportunities to visit the show. I am very grateful!”